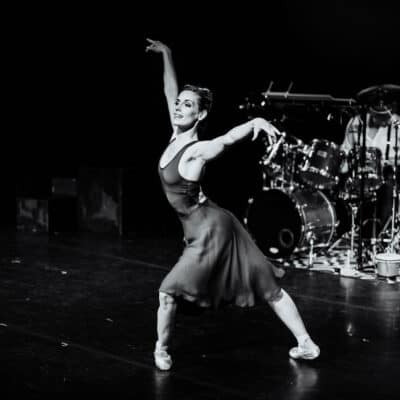 Cait Powers began her early ballet training in Royal Academy of Dance with Christine Donald and later finished her training at the School of Oregon Ballet Theatre with Haydée Gutierrez. While in the school of OBT, Cait began dancing with Oregon Ballet Theatre under the direction of James Canfield in the company’s classical productions of Coppélia, Romeo and Juliet, The Nutcracker, Giselle, and Swan Lake. Cait went on to become a founding member of Bouand Dance Company with Artistic Director Alexandrous Ballard. Cait has worked in film, commercials, and musical theater and currently teaches, choreographs, and privately coaches in and around the Portland Metro area. Recently, Cait became a certified instructor in The Ellové Technique® which provides cross-training and injury prevention for dancers.