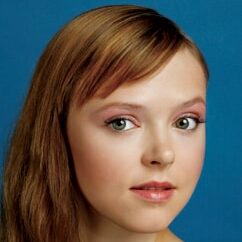 Marika Anderson was born in Portland, Oregon, and began her dance training at the age of four at the School of Oregon Ballet Theatre, where she studied with Haydée Gutiérrez, James Canfield, and Elena Carter. She was an apprentice with Oregon Ballet Theatre during the 2001-2002 season. Ms. Anderson entered the School of American Ballet (SAB), the official school of NYCB, in the fall of 2002. In November 2004 she became an apprentice with NYCB, and in June 2005 she joined the Company as a member of the corps de ballet.