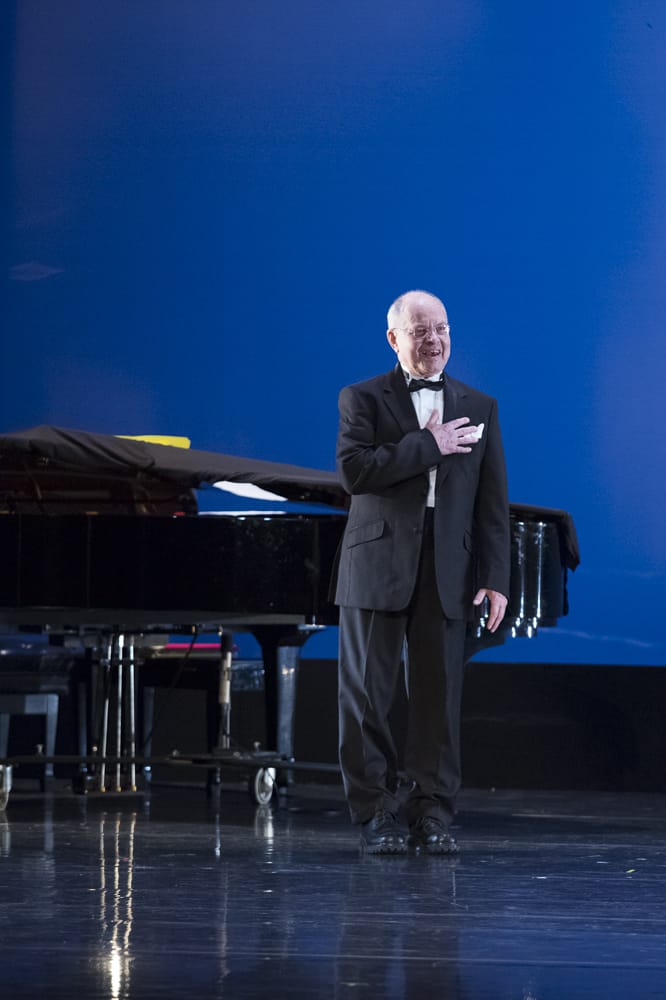 Robert’s Shoe Box is a fund established in January 2016 to honor the memory of The Portland Ballet’s extraordinary principal pianist, Robert Huffman (1937-2016). As a founding faculty member of TPB, Robert was a full partner in establishing the school’s reputation for excellence in dance education. Believing with his whole heart in the power of music, he provided inspiration to dancers and teachers through his limitless piano repertoire. Whether playing clever and moving improvisations, the classics of ballet or his vast repertoire of works by Chopin, Ravel and others, Robert left students and teachers alike with an indelible memory of how music lifts body and spirit. He envisioned that Robert’s Shoe Box would help TPB students to satisfy their endless need for dance shoes. Originally funded through the sales profits from his two CDs (“Robert Huffman Music for Ballet Class,” Volumes I and II), Robert’s Shoe Box serves as a memorial in perpetuity to Robert’s devotion to the enrichment of children’s lives. Seed money for the endowment was provided by a generous donation from Dr. David Hill & Dr. Katharine Zeller.

The message will be closed after 20 s